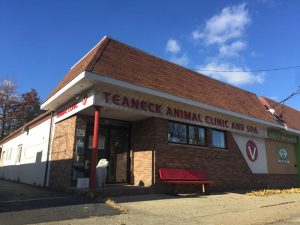 Teaneck Animal Clinic and Spa is proud to serve Bergen County, NJ and surrounding areas. We are dedicated to providing the highest level of veterinary medicine along with friendly, compassionate service.

We believe in treating every patient as if they were our own pet and giving them the same loving attention and care. We are a group of highly trained, experienced animal lovers who are devoted to giving our patients the best care possible.

Bergen County is the most populous county in the U.S. state of New Jersey. As of the 2017 Census estimate, the county’s population was 948,406, an increase of 4.8% from the 2010 United States Census, which in turn represented an increase of 20,998 (2.4%) from the 884,118 counted in the 2000 Census. Located in the northeastern corner of New Jersey and its Gateway Region, Bergen County is part of the New York City Metropolitan Area and is directly across the Hudson River from Manhattan, to which it is connected by the George Washington Bridge.

Bergen County is divided into 70 municipalities, but has no large cities. Its most populous place, with 43,010 residents at the time of the 2010 census, is Hackensack, which is also its county seat. Mahwah covered the largest area of any municipality, at 26.19 square miles (67.8 km2).